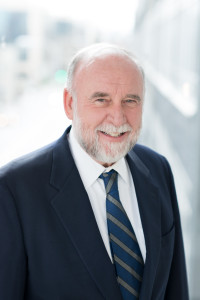 Andy Gauen’s practice includes the defense of trucking and transportation accidents, products liability, fire and explosion defense, general liability, premises liability, construction defect, legal malpractice, and business litigation, including intellectual property. Mr. Gauen has been an attorney with Merrick, Hofstedt & Lindsey, P.S. since graduation from law school in 1974, and served for many years as the law firm’s Corporate Secretary. He has tried more than 50 state and federal court jury trials, bench trials, and arbitrations. Commencing January, 2013, Mr. Gauen transitioned to “Of Counsel” status with Merrick, Hofstedt & Lindsey, P.S. but still actively practices and continues to be available for retention.

Mr. Gauen is a member of the Washington State Bar Association, the American Bar Association, ALFA International’s Trucking and Transportation Practice Group Steering Committee, the American Trucking Association, and is an Associate with the ABA Standing Committee on Lawyer’s Professional Liability. He is admitted to practice before the United States District Court for the Western District of Washington, the United States District Court for the Eastern District of Washington, and the United States Court of Appeals for the Ninth Circuit. Mr. Gauen’s Martindale-Hubbell rating is AV and he annually has been named a “Super Lawyer” by Washington Law & Politics magazine for numerous years. In addition, Mr. Gauen recently was named as one of Seattle’s Best Lawyers in the 2015 edition of Best Lawyers in America, for Product’s Liability Defense.

Interests outside of work include theatre, travel, biking, and fly-fishing.